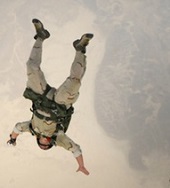 Hungarian GDP grew by 2 per cent in 2016, as predicted by GKI. GDP is expected to mount by 3 per cent or slightly more in 2017. The 20 per cent decline in investments in 2016 will be followed by a rebound of about 8 per cent in 2017 mainly due to the restart of the inflow of EU transfers, whereas the increase of consumption, which was very rapid last year, may accelerate slightly further. However, the growth rate of imports will be faster than that of exports, and the terms of trade will stagnate at best. Inflation is going to pick up. Although internal and external equilibria will deteriorate somewhat, they remain very favourable.