The Hungarian economy grew by 4.9 per cent in the second quarter of 2019, faster than expected. This was the highest growth rate in the EU. However, the slowdown, if only to a very small extent, has begun (the growth rate was still 5.3 per cent in the first quarter). According to the data of the first half of 2019, growth of the Hungarian economy is driven by investments and consumer demand. Domestic demand grew by 5.5 per cent, faster than GDP (by 5.1 per cent). The foreign trade surplus continued to go up in the second quarter, and the slightly increasing surplus of services could not offset the significantly deteriorating merchandise trade balance. GKI’s current forecast of the annual GDP growth rate of about 4.3 per cent in 2019 is in line with the recent expectations of the government and the National Bank of Hungary. 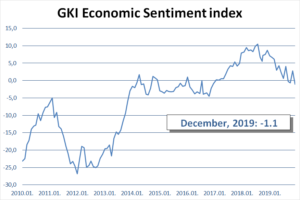 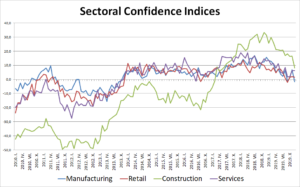