Primarily due to the statistical effects of the performance of investments that had been much lower than previously expected, GKI raised its GDP forecasts for 2017 to 3.2 per cent from 3 per cent. It is halfway between the projections of the IMF (3 per cent) and the EU (3.5 per cent), and it is lower than the expectations of the Hungarian government (4.1 per cent). As far as production is concerned, it will be boosted by construction, which has already been able to work off a large proportion of its decrease last year, and trade, which was already expanding rapidly last year. Growth can be projected in all sectors, with the exception of agriculture, where a “natural decline” can be expected after last year’s uptick. Inflation will accelerate. Although external and internal equilibria will deteriorate slightly, they remain favourable. No substantial improvement can be expected in the main factors determining long-term development (in terms of the functioning of institutions, maintaining specific regulations, neglecting market solutions, and starting real structural reforms). Although the government frequently emphasises the importance of competitiveness, it is no more than empty lip service. 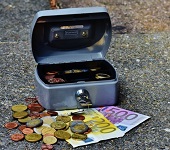 The Hungarian economy is essentially proceeding on a path indicated in September. Owing to the fall in EU transfers, GDP growth in Hungary slowed down to 2 per cent 2016. It is expected to accelerate to around 3 per cent in 2017 due to the rise in EU transfers and accelerating growth in consumption. As a result of the significant wage increases in 2017, growth in consumption will be 5 per cent, that is, 1 percentage point faster than previously expected. Inflation will also pick up in 2017, from 1.5 per cent to 2 per cent. However, the situation of the general government in 2016 is much more favourable than previously thought, in part due to one-time revenues. Although the government realised that GDP growth based on cheap labour was sputtering, economic competitiveness was deteriorating, and Hungary became excessively dependent on EU transfers, the government failed to revise the Hungarian model. Thus, we can only expect some temporary improvement rather than genuine changes, and the using up of EU transfers and the lagging behind the CEE region will continue.

Despite the numerically similar projections for economic trends in 2016, there are still huge differences in the interpretation of these figures. The government envisions sustainable growth and catching up with Austria in the foreseeable future. GKI, however, can only observe partial successes
and continuous lagging behind the CEE region. In recent months the present Hungarian government continued the completion of the model by passing market economy, legal certainty and transparency. Anti-EU attitudes reached a new, more manifest phase. END_OF_DOCUMENT_TOKEN_TO_BE_REPLACED 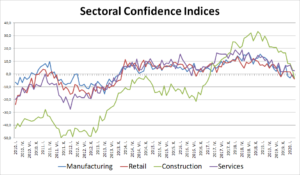